How Jett rolls (or unrolls).

I can't really blame him for this. I can only imagine how much fun it is to unroll miles and miles of toilet paper with abandon. 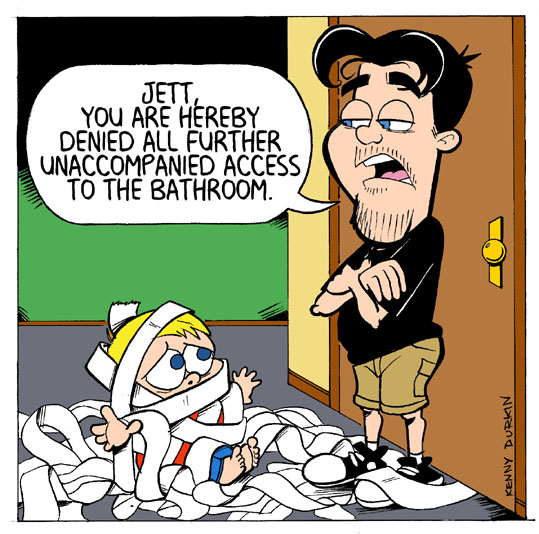 Posted by Kenny Durkin at 10:22 PM No comments:

I was an incredibly picky eater when I was a kid. There was very little that I would agree to eat. I think that's true for a lot of kids. My daughter Kathy was frustratingly picky (she's since grown out of it, the function of being a voracious teenager). So I have to give Jett a great deal of credit.

Jett takes over 32 supplements a day. Instead of giving him a multi-vitamin, which gives him extra of what he already has and not enough of what he needs, we've decided to customize his supplement intake to his specific needs. Most of them are in capsule or tablet form and he's unable to swallow them without chewing first (and who could blame him, it's a basic function of not choking), so we have to open them up, crush them when necessary, and hide them in his food, usually applesauce or a non-peanut nut-butter mix. The supplements alone are vile. They're strong and bitter tasting, and depending on what we give him, there is no amount of camouflage that hide the foul mixture. Sometimes he registers his dissatisfaction with a well-hurled and expertly aimed bowl or spoon, which gets his point across rather bluntly, the results of which look something like this: 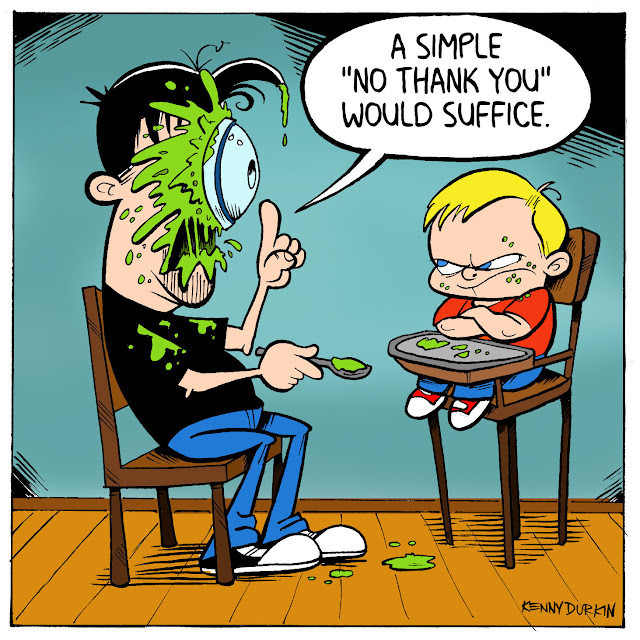 Posted by Kenny Durkin at 6:06 PM No comments: